perfume tourist
poems perfumes
In Praise of Ambergris
Perfume in a Poem: In a Station of the Metro

Upcoming: The Perfume Inside the Poem 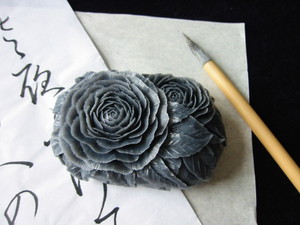 I like to find
what's not found
at once, but lies

within something of another nature,
in repose, distinct.
Gull feathers of glass, hidden

in white pulp: the bones of squid
which I pull out and lay
blade by blade on the draining board—

cased in rough brown peel, the flesh
rose-amber, and the seed:
the seed a stone of wood, carved and

polished, walnut-colored, formed
like a brazilnut, but large,
large enough to fill
the hungry palm of a hand.

I like the juicy stem of grass that grows
within the coarser leaf folded round,
and the butteryellow glow
in the narrow flute from which the morning-glory
opens blue and cool on a hot morning. 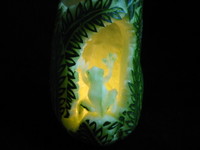 This Denise Levertov poem, "Pleasures," reminds me of another poem, one of my very favorites, called "One Train May Hide Another" by Kenneth Koch.  If you have a few moments to spare, you might visit the Academy of American Poets and listen to Mr. Koch read this funny and beautiful poem, which is just a little to long to include here in its entirety.  A few favorite lines:

In a poem, one line may hide another line,
As at a crossing, one train may hide another train.
That is, if you are waiting to cross
The tracks, wait to do it for one moment at
Least after the first train is gone.
[...]
One idea may hide another: Life is simple
Hide Life is incredibly complex, as in the prose of Gertrude Stein
One sentence hides another and is another as well. And in the laboratory
One invention may hide another invention,
One evening may hide another, one shadow, a nest of shadows.
[...]
When you come to something, stop to let it pass
So you can see what else is there. At home, no matter where,
Internal tracks pose dangers, too: one memory
Certainly hides another, that being what memory is all about,
[...]
...One friend may hide another, you sit at the
foot of a tree
With one and when you get up to leave there is another
Whom you'd have preferred to talk to all along. One teacher,
One doctor, one ecstasy, one illness, one woman, one man
May hide another. Pause to let the first one pass.... 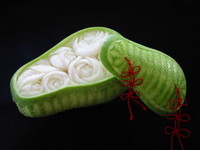 Koch's poem speaks of patience and of allowing the obvious to reveal the hidden thing inside it. Perfumes are like this too: how many times have we perfume-hounds thought we'd fallen in love with a perfume at first sniff, only to find out a couple of hours later, the pretty scent we'd courted was suddenly a very difficult, awkward, and sometimes ugly companion?

Even so, I'm always fascinated with the things inside other things. I love little boxes with secret compartments, unmarked passages, etymologies, puzzles, things that look like one thing but are really another; I love secrets and surprises in general.  Like the narrator in Denise Levertov's "Pleasures," I like to find / what's not found / at once, but lies / within something of another nature."  And so it was that I began, some time ago, to look for perfumes inside poems -- especially inside the poems that weren't about fragrant experiences.

I thought of this as a sort of metaphorical synesthesia, which is defined (by The Synesthetic Experience/MIT) as "an involuntary joining in which the real information of one sense is accompanied by a perception in another sense."  Though "synesthesia proper" is a recognized neurological/cognitive phenomenon, most creative people tend talk about sensual experiences as if synesthetically, such as when we describe a tune as "bright" or "dark" (words that more exactly belong to visual, not aural phenomena) or especially when we wax poetic about our favorite perfume, which might smell "velvety" or "sunny" or "green." 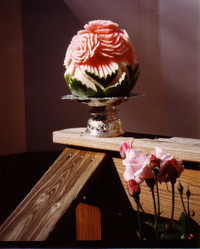 So, while thinking about sensory metaphors and reading poetry and enjoying my little perfume obsession, it occurred to me that some perfumers might experience visual or literary art synesthetically through their refined sense of smell.  By chance, I corresponded with a poet who was working on a perfume with the color black as part of its concept.  And in thinking about the best, shiniest black I've ever seen in a poem, a new project was born.

In the middle of February, I emailed a number of perfumers whom I admire for a variety of reasons: some have an aesthetic sense that appeals to me, some have made their interest in poetry and literature public, and some have produced perfumes that can only be described as "scent poems."

To each, I sent an email explaining the project.  For those willing to contribute their thoughts, I had one very short (2-3 line) poem in mind.  The perfumer was encouraged to think of it as a "perfume brief" from a client who only communicates in published poetry.

The perfumers were encouraged to send in a few sentences or paragraphs describing their thoughts, which might include: how they might go about creating this particular perfume, what notes they would be inclined to use, and how they felt their individual artistic sensibilities would be reflected in the final project.  I encouraged them to take the idea in any direction they chose, without any specific guidelines.  I closed my inquiry with this:

My ultimate goal is to promote a broader appreciation of artistic endeavors amongst varied fields of aesthetics - from the scientists to the artists to the academics and beyond.  My readership is small but, I believe, very erudite, and the majority of my readers are committed perfume enthusiasts.

I was hoping for maybe two or three full participants and perhaps several "thanks but no thanks" responses, but to my utter surprise and delight nearly everyone I asked said "yes!" within a day or two.  I have rarely been as exhilarated as those few days when I saw my own enthusiasm mirrored and magnified by the responses I received.

Beginning next Sunday, March 16, we will be honored by the company of these uniquely creative perfumers who have generously agreed to contribute: 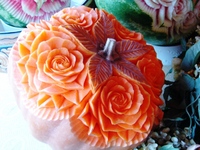 A few others have agreed tentatively, as they are currently working against other professional deadlines which may or may not allow them to contribute within the time frame of the project.  If you are a perfumer and you'd like to be involved in this or other future poem/perfume projects at Memory & Desire, please contact me. I welcome all inquiries and suggestions.

To each individual who showed kindness and enthusiasm for this project, to all who helped shape it, and especially to the extraordinary perfumers who so kindly agreed to share their time and creativity with us: you have my deepest gratitude.  Thank you.

Thanks for bringing this to my attention, I’ve reviewed it myself now. A very enjoyable read.