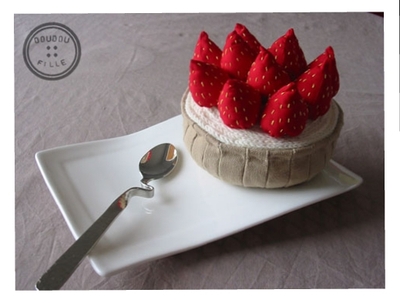 this does not happen with poems 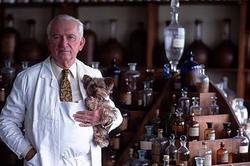 In a 2007 video interview, Guerlain master perfumer Jean-Paul Guerlain discussed some of his earliest scent memories:

"My first olfactory memory was obviously of my mother and her eau de cologne.  And the second one... I'll make you laugh.  My parents lived in an apartment in Avenue du Marechal Mounoury in Porte de la Muette, and we were evicted by the Germans, who requisitioned the entire building.  And that happened on my birthday, or on my saint's day, I don't remember.  And despite all that, my mother was so sweet, she wanted to celebrate my birthday so she ordered a strawberry pie for me. And to this day I still remember that strawberry pie!" [This interview was conducted for Le Parfum Quelques Gouttes de Luxe and is available via YouTube at Now Smell This and at the MySpace website of "Monsieur Guerlain" Ulrik, who provided the translation and subtitles.]

With over a half-century at the creative helm of one of the greatest perfume houses in history, Monsieur Guerlain should understand something about a "responsive eatership" in perfumery. In celebration of the great nose of he house of Guerlain, in celebration of his mother's sweet gift, allow me to suggest the following confections:

Montale Fruits of the Musk:

"With its breezy, almost transparent top notes, Fruits of the Musk is delicate, feminine and gauzy, and very far removed from the typical overwhelmingly sweet fruity fragrances. As the scent progresses, it acquires an unexpected, sensual depth; in the heart of Fruits of the Musk, the gossamer fruit and berry notes are replaced with luscious roses with a dark, oud-like undertone... Fruits of the Musk notes:  strawberry leaves, mandarin, bergamot of Italy, blackberry, rose essence of Bulgaria, white musk, raspberry, grey amber" (Source: Lucky Scent)

Created by Christophe Laudamiel, S-Ex contains notes of "salt, oxygen, spirit of life, camellia, willow, white leather, skin musk, malt, strawberry, baroque musk, black leather."  I haven't had the pleasure of trying this yet, but I could not resist listing it here with the gourmands.  Luca Turin has described it as "a remarkable leather-animalic-metal accord" and with that said, I think the mention of a strawberry note in this perfume is the single most shocking thing about the list.  (Source of notes: S-Ex.jp)

As is the case with all these fragrances, there is much more to Grace Paley's poem than a shallow confection.  I never underestimate the recuperative power of a creative diversion.  And so, in a moment of Paley-inspired boldness, I set out to serve us all something memorably wonderful. I invited a few special guests to the table, and in March we'll enjoy a unique gathering of distinguished perfumers who have agreed to provide us with a poetic view of each one's creative process.

I can hardly wait!

Images of "tartes aux fraises pour la table" from doudoufille. No strawberries were harmed in the making of these delicacies.

Photo of strawberries via Le Blog a Max

Images of fragrances via their respective retailers, listed as sources.

perfumeshrine I'm honestly a little afraid to know what "spirit of life" smells like in the raw. Yeah... what is with these conceptual notes? I think there's a poetry contest in there somewhere! Observe Comme des Garcons Odeur 53, slightly reformatted for poetic enjoyment:

How fun!
Ah, the quotes of JP Guerlain: some are not related to his work at all, I should think.

"Spirit of life" note: I wonder how they arrived at that! Beats the hell out of philosophy, no?
:-))

sweetlife Indeed, all the pies I missed.. there's more than a little cherry pie in Delices de Cartier as well as Boucheron Trouble, both of which I enjoy.

J and I had a laugh at this Scott Adams blog post recently, musing on the probable success of a pumpkin pie perfume.

I love that weird firm whipped cream even though I suspect they're cutting it with lard. Mmmm, transfats.

I've been writing on pleasure in wartime this morning--love that quote from Guerlain. What a wonderful and very French mother to have.

A few other pies:

Your beloved cherry-almond pie--People of the Labyrinth's Luctor et Emergo.

Montale Chocolate Greedy is that chocolate pudding pie you can get at, say, IHOP. The one with the mysteriously solid whipped cream decorations on it.

Suzanne I have been amazed at the enthusiasm and generosity of the perfumers I've contacted. I don't want to give away any secrets but I think we'll all be surprised and delighted by their contributions!

Distinguished perfumers providing a poetic view into the creative process, you say? Mmmm...yummy! Will look forward to having a slice of that in March. Can't wait!