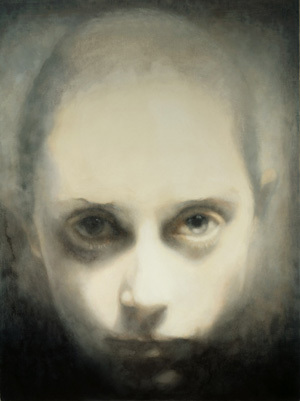 A New Poet
- by Linda Pastan -

its name in the flower books, and
nobody you tell believes
in its odd color or the way

its leaves grow in splayed rows
down the whole length of the page. In fact
the very page smells of spilled

red wine and the mustiness of the sea
on a foggy day - the odor of truth
and of lying.

And the words are so familiar,
so strangely new, words
you almost wrote yourself, if only

---
This past week or two has been so overflowing with discoveries that it would seem almost vulgar to try and describe them all, or in any order.  I have met unexpectedly with similar minds; I have been treated and have treated; I have felt that I was a part of something important that is immensely larger than myself and at the same time as small and hard as a secret of my own.

I have loved this poem by Linda Pastan for several years now, and I return to it often when I go off on some new tangent, as I frequently do, wondering how I will know good from bad in a world I may barely know at all.  My writing desk is heaped with the treasures of my recent vacation - samples from friends and from strangers.  Bottles of exotic, fragrant juice: absinthe in a silver flask, orchids gilded in cream and black and gold, a small and ominously seductive bottle of oudh that brings an involuntary smile out of me every time I open it.  There is a dangerous black lacquer box trimmed in silver, closed by a silver key with a black tassel; it contains something ornately silent called Love. 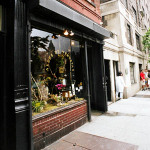 We discovered it inside the little world that is Aedes de Venustas, a beautiful and otherworldly perfume salon that seems eternal.  It feels as though it could have been there on that little corner of the village since it was a village, yet contains works by the brightest and sharpest new perfumers alongside those from houses, such as Creed and Penhaligon's, that have thrived for centuries.  We hid inside Aedes and explored its jewels while gray rain poured onto New York.

And when I was no longer able to smell anything new at all and thought we would leave with just the memory of the experience and a few generous samples, my own love surprised me by heading back inside and, minutes later, reemerging with that little black bag with that little black-and-silver box which contains, one could say, Eau de Rimbaud incarnate.

Also here on the desk are books and journals that contain new writers (Best New Poets 2007) and books that contain some of my favorite poetry from the last four or five centuries, a new-to-me copy of the Norton Anthology of Poetry, among them.  I finally have a copy of The Annotated Archy and Mehitabel, a book I've wanted to own since before I was sure it existed, a book that takes me straight back to the high school Oral Poetry Interpretation competitions that seemed to be bright moments of clarity in a confused and adolescence.  There's also the new stuff which shouldn't be new - I keep discovering things I'm sure I should have discovered earlier, but didn't.

I was very happy to find that, upon buying my first new small-press literary magazine in a few years, the world of poetry has not gone completely to hell as I was sure it would just a few years before.  I pronounced its eulogy over my Outlaw Bible of American Poetry in 2000 and turned my head away from the abyss in disgust.  What a fool.  I really only needed to get a little bit older and suffer a few more public indignities to understand the unbridled desire that continues to drive people to open mic poetry readings against their better judgment.  And still they find something to go back for.

So I stand on the tiny sliver, the bottom tip of a crescent moon looking out over the things I know. They are hilariously small and yet, they are taking me somewhere I have never been.  Years ago I was a new poet wondering if anyone would notice what I wrote.  The first lines of my own I ever saw published in a literary journal were not my own, they were an epigraph from the Cecil Day-Lewis poem "Newsreel" which I've been unable to stop repeating to myself in recent days.  The poem I wrote is no longer even relevant to me but those superior lines continue to resonate and renew themselves:

This is the home for heroes, and this loving
Darkness a fur you can afford.

There's a silly nervousness to judging the quality of new things, or things new to us.  How do we discover excellence?  How much of what I like is me? Will I recognize greatness when I see it or do I need an anthology or beautifully phrased review to guide me?  The would-be reviewer in me wants to say something definitive about the things I've found but I am still caught up in the moment of wordless  unfolding.  On the page, as in the bottle, the odor is both of truth and of lying.  Of oddness and familiarity and something you once wrote in a dream.

Enter the dream-house, brothers and sisters, leaving
Your debts asleep, your history at the door:
This is the home for heroes, and this loving
Darkness a fur you can afford.

Postscript: To those individuals whose kindness and generosity of spirit (and of perfume!) guided me through these few days, thank you.  Your warmth returns to me daily.  In future posts, I hope to revisit these moments in greater depth.

"Head - Looking Up" by Donna McLean, from Private Worlds - Beaux Arts London, November-December 2007, first seen by this author at Lou's Moving and Shaking / urban-farmer.blogspot.com on November 8, 2007.

Photo of Love By Kilian via Poivre Bleu.

Lines from "Newsreel" by Cecil Day-Lewis, from Overtures to Death (1938).
Reprinted in Collected Poems (Hyperion, 1979).

Your kindness overwhelms me! What lovely things you've said -- I view this site as a means of collaboration, sometimes with imaginary readers and sometimes I have the good fortune to correspond with those who have found something useful here. I can assure you that I see what I write here as primarily a springboard for thought, and am not ever convinced that it has aesthetic value even for myself. I welcome your presence and hope you'll contribute in any way that makes you feel comfortable. I am simply delighted that you stopped here and took the time to explore. I am enjoying your own perfume journal and look forward to reading more of it in the future.

As I mentioned to you in an email, I've been reading your posts for awhile now, but have been hesitant to comment because the beauty and intelligence of your posts is so great that I feel lost in coming up with a worthy response. Let me just say that I love the poems, your very personal connections to them, and the associatons that you make to perfumes. And the links that are within your posts are wonderful too, such that, as your reader, I feel I am receiving a treasure within a treasure. Your posts remind of those gorgeous Russian nesting dolls -- especially this one. I'm so glad you had a treasure-trip of a vacation to New York, and will look forward to hearing more about your individual treasures (especially the Kilian!) if you choose to write about them in the future.