beauty in the city 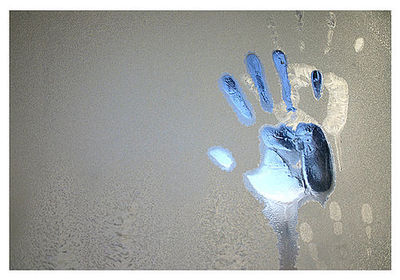 If you write a poem about love ...
the love is a bird,

the poem is an origami bird.
If you write a poem about death ...

the death is a terrible fire,
the poem is an offering of paper cutout flames

you feed to the fire.
We can see, in these, the space between

our gestures and the power they address
—an insufficiency. And yet a kind of beauty,

a distinctly human beauty. When a winter storm
from out of nowhere hit New York one night

in 1892, the crew at a theater was caught
unloading props: a box

of paper snow for the Christmas scene got dropped
and broken open, and that flash of white

confetti was lost
inside what it was a praise of.

Tomorrow, we are headed for a vacation in and near The City. More than almost any other place in the world, New York City reminds me how distinctly poetic human activity can be, viewed simultaneously as actor and observer. My to-do list is short but significant: I am looking forward to my first trip to the perfume-lover’s mecca, Aedes de Venustas, and to exploring the exotic botanicals at Enfleurage just a few streets away. My husband has arranged for us to see some excellent jazz at The Village Vanguard and I imagine we’ll find ourselves ducking into multiple bookstores, galleries, and coffee shops along the way.

The last time I was in New York, it was January 2006, and during that trip I found what I think will always be my quintessential winter-in-the-city perfume. I say “found” but really, I sought it out. We were in the City for just one day and I wanted to visit one of the legendary Caron boutiques, which exist in only two cities: New York and Paris. I'd already acquired Parfum Sacre, Bellodgia, Farnesiana, Aimez-Moi, and had read the descriptions of all the other "urn" fragrances. I suspected that the 1953 masterpiece Poivre, with its notes of carnation, rose geranium, cayenne pepper, clove, and woods, could be my “holy grail” fragrance, and I was very excited to finally have a chance to test it straight from the mythically beautiful urns in which all the Caron extraits are kept.

But I was also a little self-conscious to be walking into the big, gold-plated world of French boutique perfumery. I typically get treated like a provincial tourist when I go to the Saks Fifth Avenue in Austin, just an hour from my home, and even though I’ve had great experiences with people in New York (I think the gruffy stiffness is mostly myth) I imagined that the New York Caron boutique staff would completely dismiss me as un cochon dans la ville.

I entered the tiny store (which I think has since relocated to another shop on Lexington Avenue) and was greeted warmly by a woman with a fiery halo of beautiful red hair, who was impeccably dressed and seemed to be seven feet tall. Her name was Diane, and as she invited us deeper into the boutique, she asked where we were from and listened without the slightest condescension or fake interest.  (Michelle Krell Kydd, in Glass Petal Smoke recently wrote a beautiful article about this same Diane.) She could not possibly have been more gracious, professional, kind, and informative. Attending to several clients at once in the tiny store, she nonetheless had the gift of being able to make us feel she was there for us alone.  I tried several fragrances wasn’t sure. She brought me a beautiful book about the House of Caron and invited me to sit and let the fragrance develop as long as I liked before making a decision. I did, and in the end, I purchased a beautiful blue atomizer filled with Poivre extrait. I remember Diane commented that she thought it was the perfect fragrance for putting on a warm scarf and taking a walk in the crisp air. She filled my bag with samples, both for me and for my husband (he liked L’Anarchiste) I think I probably glowed as I walked out of the boutique into that chilly January afternoon.

In his poem, Albert Goldbarth suggests that a particular beauty exists in the spaces between the inspiration and the imitation. This is the case with Poivre and with many well-constructed fragrances. There is more to experience here than just the raw materials of which the scent is made, there are images and memories, there are shortcoming and hints and tricks of artifice that come to exist between the imitation and the real, and in the reflection on the shape of the space between those things, we create a uniquely human beauty, one of perspective, interpretation and emotion. Great perfumes imitate and incorporate the natural world but they also depart from it in ways that are unique to the artist, and unique to each one who experiences the creation afterward.

Since that trip to New York, I have acquired two more Caron fragrances (Montaigne and En Avion) that suit me almost as well as Poivre, but Poivre stands apart in my collection for its evocation of human beauty, winter elegance, fiery warmth, and the power of a kind gesture.  Here's to New York, for spiritual generosity and human beauty and all the artifice and machinery of man.  Here's to fragrances that smell like flowers but are named after streets; here's to fragrances that smell like pavement and are named after people.  Here's even to people who are named after flowers.  Let the confetti fall.

ZZ, It is a pleasure to greet you here. I become most aware of human beauty when and where I least expect to find it. Which reminds me that I'm usually looking right over it. For me, it's especially good to get out of the honey/darlin' South and enjoy some Northern goddamn hospitality once in a while.

That is nice. I can use a little Human Beauty about now.
Poetry is always saving my life.
Peace, ZZ.........

Hi, PB, and thanks for directing me to your own very interesting blog! I enjoy many of the same things you do and hope to see more of you either here or there.

It's great to know you you're enjoying the poetry. I'm delighted to welcome you - thanks very much for leaving a note.

hellooo. i came to your blog via a link from perfume for life. loving all the poetry that you post. :-)