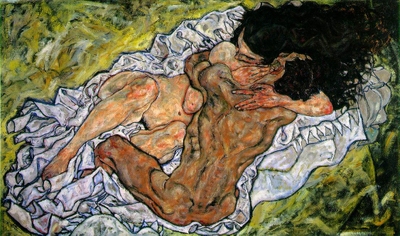 The Cinnamon Peeler
- by Michael Ondaatje -

If I were a cinnamon peeler
I would ride your bed
and leave the yellow bark dust
on your pillow.

Your breasts and shoulders would reek
you could never walk through markets
without the profession of my fingers
floating over you.  The blind would
stumble certain of whom they approached
though you might bathe
under the rain gutters, monsoon.

Here on the upper thigh
at this smooth pasture
neighbour to your hair
or the crease
that cuts your back.  This ankle.
You will be known among strangers
as the cinnamon peeler's wife.

I could hardly glance at you
before marriage
never touch you
- your keen nosed mother, your rough brothers.
I buried my hands
in saffron, disguised them
over smoking tar,
helped the honey gatherers...

When we swam once
I touched you in the water
and our bodies remained free,
you could hold me and be blind of smell.
You climbed the bank and said

this is how you touch other women
the grass cutter's wife, the lime burner's daughter.
And you searched your arms
for the missing perfume

what good is it
to be the lime burner's daughter
left with no trace
as if not spoken to in the act of love
as if wounded without the pleasure of a scar.

You touched
your belly to my hands
in the dry air and said
I am the cinnamon
peeler's wife.  Smell me.

---
I hesitate even to comment on such a perfect expression of desire as Michael Ondaatje has achieved in "The Cinnamon Peeler" as I am certain that I can add very little to it.  It is as perfect a work of sensual longing, love, and physical intimacy as I have ever read.  I am not alone in my admiration.  It is frequently posted, copied, and the subject of essays because it resonates with a spirit of sensual intimacy that goes beyond the sum of its words.

I bathe and take my time as the water evaporates from my skin, smoothing a few drops of Serge Lutens' sensuous spiced perfume Rousse over my arms - it resonates with raw cinnamon bark, nutmeg, and cedar, wrapping itself around me like an amber veil. Is this what the cinnamon peeler smells like?   Is this the smell of dry air and yellow bark dust and the secret delight of walking through the market, knowing that everyone knows?

Rousse, like this poem, radiates a serious brilliance; they bathe us in the spice of unquenchable longing for the beloved.

Poem: "The Cinnamon Peeler" by Michael Ondaatje. From The Cinnamon Peeler: Selected Poems. Vintage, 1997. Frequently anthologized.  A bibliography of Ondaatje's excellent work can be found on his page at Emory University.

This is beautiful. I stumbled upon it while looking for art and am ever grateful for the gift it led me too.

This post is a feast for the senses and the soul.
Wow.
Can't wait to read more of your blog!