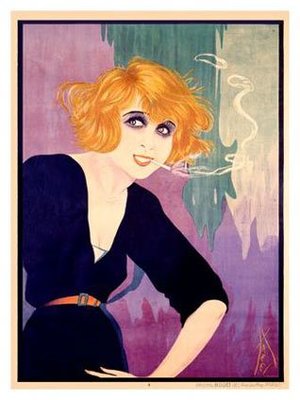 I like the cool and heft of it, dull metal on the palm,
And the click, the hiss, the spark fuming into flame,
Boldface of fire, the rage and sway of it, raw blue at the base
And a slope of gold, a touch to the packed tobacco, the tip
Turned red as a warning light, blown brighter by the breath,
The pull and the pump of it, and the paper's white
Smoothed now to ash as the smoke draws back, drawn down
To the black crust of lungs, tar and poisons in the pink,
And the blood sorting it out, veins tight and the heart slow,
The push and wheeze of it, a sweep of plumes in the air
Like a shako of horses dragging a hearse through the late centennium,
London, at the end of December, in the dark and fog.

As it turns out, the previous post on ashtray-smelling fragrances (that weren't ashtray-like to me after all) wasn't enough.  I've been mucking about in the raw materials recently and I have discovered some real, for true, three day-old wet heaping ashtray elements among them.  Let's review: 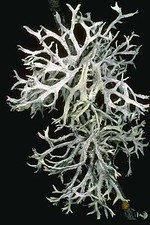 Oakmoss Absolute (Evernia prunastri):  I ordered a very small sample from a very reputable distributor of organic botanicals.  Somehow, in transit, this one item leaked.  Fortunately for all involved, the leaky package was further sealed inside a plastic bag, so nothing else was permanently marred.  But let me assure you that when I tried to transfer this stuff from the original container to something else, olfactory hell broke loose.  Pine tar, cigarette smoke, wet dog, rotting leaves... I don't know how so many unpleasant smells can be concentrated in the distillate of one little tree moss, but I have learned one thing: in the future, when messing with leaky packages, wear gloves. I can actually imagine a very small amount of this being wonderful in the mixture of a fragrance, but having this forest green goo on my hands, under my nails, and glued to my olfactory receptors is just not fun.  The material is as tenacious as the smell and after three washings with concentrated Dawn and several scrubbings with pure alcohol I think I'm going to have to encase my hands in odor-eater bags in order to sleep tonight.  No wonder chypre fragrances, with their characteristic oakmoss note, are not my friends.  The list of fragrances in which oakmoss plays a prominent role is endless.  I suggest exploring at The 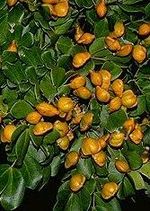 Guaiac Wood Essential Oil (Bulnesia sarmienti): It's really more of a gritty paste than an oil, this stuff.  And there is something about it that smells very ripe and appealing, almost olive-like.  But if I open the jar and stick my nose right down in it, I get a dirty tent smell that is probably familiar to those who have camped out at Grateful Dead concerts, rolled their own "cigarettes" and subsisted on mushroom and peanut butter sandwiches for three days.  On the other hand, Comme des Garcons Incense Series: Jaisalmer, Annick Goutal Vanille Exquise, and  Miller et Bertaux "Close your eyes and.." (Bois de Gaiac et Poire), among others, all contain this note and are all quite beautiful.

Vetiver Essential Oil (Vetiveria zizanoides): Whoa!  Up close and personal, this is the smell of a cigarette that has been stubbed out on the bottom of a dirty shoe, swept up with the rest of the street trash, and fished back out of the trash by a desperate smoker who's all out of cigarettes and the money to buy them.   The distributor

says right up front that it has a "deep, smoky, and earthy fragrance...Some people can barely tolerate the smell..." So to the bottom of that shoe, add one dirty wet sock.  There's your vetiver, enjoy.  I really don't recommend getting this stuff on you accidentally unless you secretly have a smelly foot fetish.  However, there are some interesting and downright beautiful vetiver-themed fragrances and some of them even manage to avoid the funk altogether.  Check out: Hermes/Hermessence Vetiver Tonka; Jo Malone Black Vetyver Cafe Cologne; and Parfumerie Generale Querelle.

Tobacco Absolute (Nicotiana tabacum L.):  Of all the raw materials I thought would smell funky, this was surprisingly pleasant.  There is a suggestion of burning cigarettes here but the smell is not acrid or stale.  Though it was less aggressive than I expected, it also wasn't the pleasant tobacco smell of scented pipe tobacco in a humidor.  It could easily go either way, and now that I've smelled the raw stuff, I can see why it's a fairly versatile ingredient.  Some tobacco fragrances worth exploring include: Creed Vintage Tabarome; Molinard Habanita; and Keiko Mecheri Oliban.