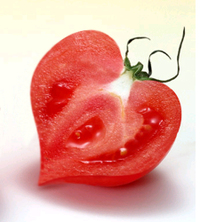 A woman travels to Brazil for plastic
surgery and a face-lift. She is sixty
and has the usual desire to stay pretty.
Once she is healed, she takes her new face
out on the streets of Rio. A young man
with a gun wants her money. Bang, she’s dead.
The body is shipped back to New York,
but in the morgue there is a mix-up. The son
is sent for. He is told that his mother
is one of these ten different women.
Each has been shot. Such is modern life.
He studies them all but can’t find her.
With her new face, she has become a stranger.
Maybe it’s this one, maybe it’s that one.
He looks at their breasts. Which ones nursed him?
He presses their hands to his cheek.
Which ones consoled him? He even tries
climbing onto their laps to see which
feels most familiar but the coroner stops him.
Well, says the coroner, which is your mother?
They all are, says the young man, let me
take them as a package. The coroner hesitates,
then agrees. Actually, it solved a lot of problems.
The young man has the ten women shipped home,
then cremates them all together. You’ve seen
how some people have a little urn on the mantel?
This man has a huge silver garbage can.
In the spring, he drags the garbage can
out to the garden and begins working the teeth,
the ash, the bits of bone into the soil.
Then he plants tomatoes. His mother loved tomatoes.
They grow straight from seed, so fast and big
that the young man is amazed. He takes the first
ten into the kitchen. In their roundness,
he sees his mother’s breasts. In their smoothness
he finds the consoling touch of her hands.
Mother, mother, he cries, and flings himself
on the tomatoes. Forget about the knife, the fork,
the pinch of salt. Try to imagine the filial
starvation, think of his ravenous kisses.