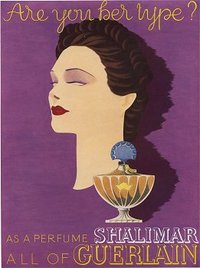 The Iceberg Theory
- by Gerald Locklin -

all the food critics hate iceberg lettuce.
you'd think romaine was descended from
orpheus's laurel wreath,
you'd think raw spinach had all the nutritional
benefits attributed to it by popeye,
not to mention aesthetic subtleties worthy of
veriaine and debussy.
they'll even salivate over chopped red cabbage
just to disparage poor old mr. iceberg lettuce.

I guess the problem is
it's just too common for them.
It doesn't matter that it tastes good,
has a satisfying crunchy texture,
holds its freshness
and has crevices for the dressing,
whereas the darker, leafier varieties
are often bitter, gritty, and flat.
It just isn't different enough and
it's too goddamn american.

of course a critic has to criticize;
a critic has to have something to say
perhaps that's why literary critics
purport to find interesting
so much contemporary poetry
that just bores the shit out of me.

at any rate, I really enjoy a salad
with plenty of chunky iceberg lettuce,
the more the merrier,
drenched in an Italian or roquefort dressing.
and the poems I enjoy are those I don't have
to pretend that I'm enjoying.

For several years now, I've been spellbound by perfumes and perfumers whose names I never would have known, had I not delved into the depths of the niche perfume world.  Five years ago, I thought Guerlain's Shalimar was exotic.  It was my first perfume, and in my ignorance of the breadth and depth of perfumery, I believed that I alone had discovered its magnificence.

Now, I regularly see bottles of Shalimar eau de toilette at discount stores for next-to-nothing.  It sits there in my local Wal-Mart on one of the bottom glassed-in fragrance shelves, not far from Charlie and Stetson and the "smells just like Giorgio" knockoffs.  It hurts me to see it there.  It seems as though a royal courtesan is turning tricks in a glorified alley.

I was in a perfume store not long ago when a woman walked in and asked for Shalimar in the same reverent tones I used to reserve for it - she explained that Shalimar was a family tradition; her grandmother wore it, then her mother, and now the third generation was looking for a bottle to give to the fourth as a wedding present.

I stopped and smiled off at the closely packed "B" shelf.  Bulgari, Burberry, Byblos... I knew before I walked in that this store would not have the scents I was craving:  Yosh, Keiko Mecheri, Serge Lutens.  I had come to a point in my perfume fantasy where everything I wanted was unavailable or prohibitively expensive.

I left the store, came home, took a long shower, and when I emerged I wore Shalimar to bed.  The same Shalimar that I began wearing when I was 20; that became my first pure perfume purchase on a trip to Vienna, Austria; that I wore on my first date with my husband; the same luscious oriental vanilla concoction that I wore to my wedding, and on my wedding night.  I came to terms with the iceberg lettuceness of Shalimar that night.  Perhaps everyone has a bottle of it at home.  The reason is not because it's cheap (the pure perfume isn't, especially if you can get a vintage bottle, but I digress).

I would argue that Shalimar remains popular after almost a century because it's wonderful.  I smell it in many other perfumes I love:  Anne Pliska, Chergui, Musc Ravageur, Ambra del Nepal.  It's somewhere in almost everything I find delicious about scent (which is probably why I am not fond of green or citrusy concoctions).  Shalimar is round, soft.  It is alluring but not flirtatious.  It is a classic in a world of contemporaries that more often than not, "bore the shit out of me."

Thank you, Gerald Locklin, for your poem about iceberg lettuce.  It reminds me of how much I enjoy the cheap thrill of (yes) Love's Baby Soft and Coty Airspun face powder and things that bring me back to earth. It also reminds me that not every perfume that is a costly masterpiece will suit me.  We came to scent for pleasure, didn't we?