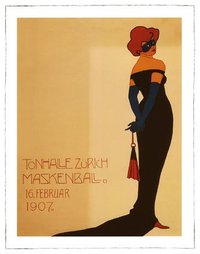 In a field
I am the absence
of field.
This is
always the case.
Wherever I am
I am what is missing.

When I walk
I part the air
and always
the air moves in
to fill the spaces
where my body's been.

We all have reasons
for moving.
I move
to keep things whole.

A few days ago, I was at a very crowded gold-watch reception for some co-workers.  An acquaintance tapped me on the shoulder and threw out the smalltalk ball, to which I typically respond with gentle sarcasm.  As I turned to glance at her, I noticed a strange look on her face, and she stopped me with "What is that smell?"

"Good smell or a bad smell?" I asked.

"Maybe, she said.  "Let me smell." I held my inner forearm up to her nose and she feigned delirium.  "Oh my god, what IS that?  That smells so good!"

"Leather?  Really? Like 'English Leather' leather?  That's so weird.  I hate the smell of leather."

I went on to tell her the story of Cuir Beluga, a strangely-named, ridiculously expensive, difficult to acquire "leather" composition by perfumer Olivier Polge (who also composed Viktor & Rolf Flowerbomb, which isn't flowery).  It part of Guerlain's L'Art et la Matiere perfume trilogy.  I got my tiny little bottle of Cuir Beluga from a delightful and generous fellow perfume lover in Greece with whom I swapped some scents a few years ago.  I sent her Yves Saint Laurent Opium Fleur Imperial d'Orient; she sent me Caron En Avion and several decants from her  massive collection of rare fragrances. Cuir Beluga was one of them.

It was a surprise; I never would have asked for it.  Even though I love Guerlain, I have never liked any kind of leather note in any detectable quantity.  So how is it that I love this precious elixir that is supposedly composed around leather, because of leather, in praise of leather, in which I smell no leather at all? How is it that I love this fragrance which Osmoz calls a "floral chypre" when I hate almost all chypres?

The answer might have to do with negative space; as important in perfumery as it is in other forms of art.  In perfume, negative space can take two forms: First, there is the perfume built around a concept of an element that (whether it contains the note or not) does not smell like the element but can evoke it when approached from various perspectives.  Cuir Beluga falls into this category for me, and I am not alone.  I've read several articles in which the reviewer claims to detect no leather whatsoever - this from lovers and haters of the leather note alike.  Had I not known what the word "cuir" meant, I would never have associated this soft, elegant, somewhat austere fragrance with anything leathery.  But now I've convinced myself that it is the impression of a pair of skin-thin vintage kid-leather opera gloves--the kind that were popular among an earlier generation.  Cuir Beluga smells nothing like leather but it feels like a pair of opera gloves.  Actually, it's more than that.  It's like wearing a leather corset under a business suit.  It's a wonderful office fragrance if you're into smelling like gold dipped in honey and sprinkled with vanilla orchid petals.

The other kind of negative space is more obvious: a note that one smells but which is not actually present.  Perfumers create a fragrance to convey an impression of a thing, not necessarily to convey a true likeness.  Sometimes the fragrance contains no "authentic" trace of its inspiration.  Chandler Burr, in his New York Times Article "Ghost Flowers" calls it perfumery "based on a true story."  The thing you're smelling is and is not what you're smelling.  Due to the cost of production, very few true extracts, absolutes, and concretes of natural substances are used widely in perfumery these days. Perfumer and author Mandy Aftel discusses the difference between natural and synthetic perfumery extensively in her books and on her website:

So it's no surprise that all the wisteria fragrances we discussed here a few days ago don't really smell like wisteria - they are an approximation, an interpretation of that scent using synthetic molecules.  Some are more successful than others.  The more successful ones are able to match up to what we remember about the flower or what we wish the flower smelled like.  This is far more important than actually smelling like the flower itself.  Lavender is an interesting example: in market testing, people who claimed to want a lavender scent in a home fragrance product were almost universally turned off by the truer-to-nature lavender scents which tend to be a bit sharp and camphoraceous.  People respond more positively to a lavender that has been softened with, for example, vanilla.  (Burr, "Purple Odor Eater") It smells closer to the way they desire lavender to smell.  (My favorite in this category is the deliriously soothing Calm to Your Senses body cream by Origins.)

Wherever a scent is, it is the absence of other scents.  Unless, of course, it is something else that you are smelling, remembering, and desiring, which completes your fragrance picture.  I imagine the woman in Righini's portrait above is wearing leather gloves, smells nothing like leather, and when the air moves in to fill the space where her body has been, that air is the elegant honeyed amber of Cuir Beluga.

Cuir Beluga is available at the Guerlain flagship store in Paris as well as Bergdorf's in NYC (212-872-2734).  Decants are available via The Perfumed Court and others.

Hello Tamara! Thank you so much for visiting, and for your taking the time to post your thoughtful comments. I don't think we have met, but I have been a quietly reading and appreciating your blog for some time now. I'm delighted that you stopped by and look forward to "seeing" you wherever our paths meet. It sounds like we have at least two things in common - brainy husbands and a love of perfume!